The Riverview Rams Varsity Girls hosted the Lakewood Ranch Mustangs on Friday night and found the net early and often; cruising to a 21-6 victory.  The ability for the Rams to score started at the draw circle, where the Rams won of 22 of the 25 draws. The star of the game was undoubtedly sophomore Susan Lowther, who in addition to her 10 draw control wins, contributed 11 points to the scoring (5G/6A). Riverview’s freshmen also had a strong offensive night, with Caroline Steinwachs collecting 5 points (3G/2A) and Chloe Hackl netting 4 goals, including a buzzer beater at the end of the first half.  The Hazlett twins contributed a total of 7 points with Emily’s 3 goals and 2 assists, and Katie’s goal and assist.  Mia Rey had 6 saves in goal.

The Mustangs’ scoring was led by Junior Morgan McCabe, who had 5 points (4G/1A). 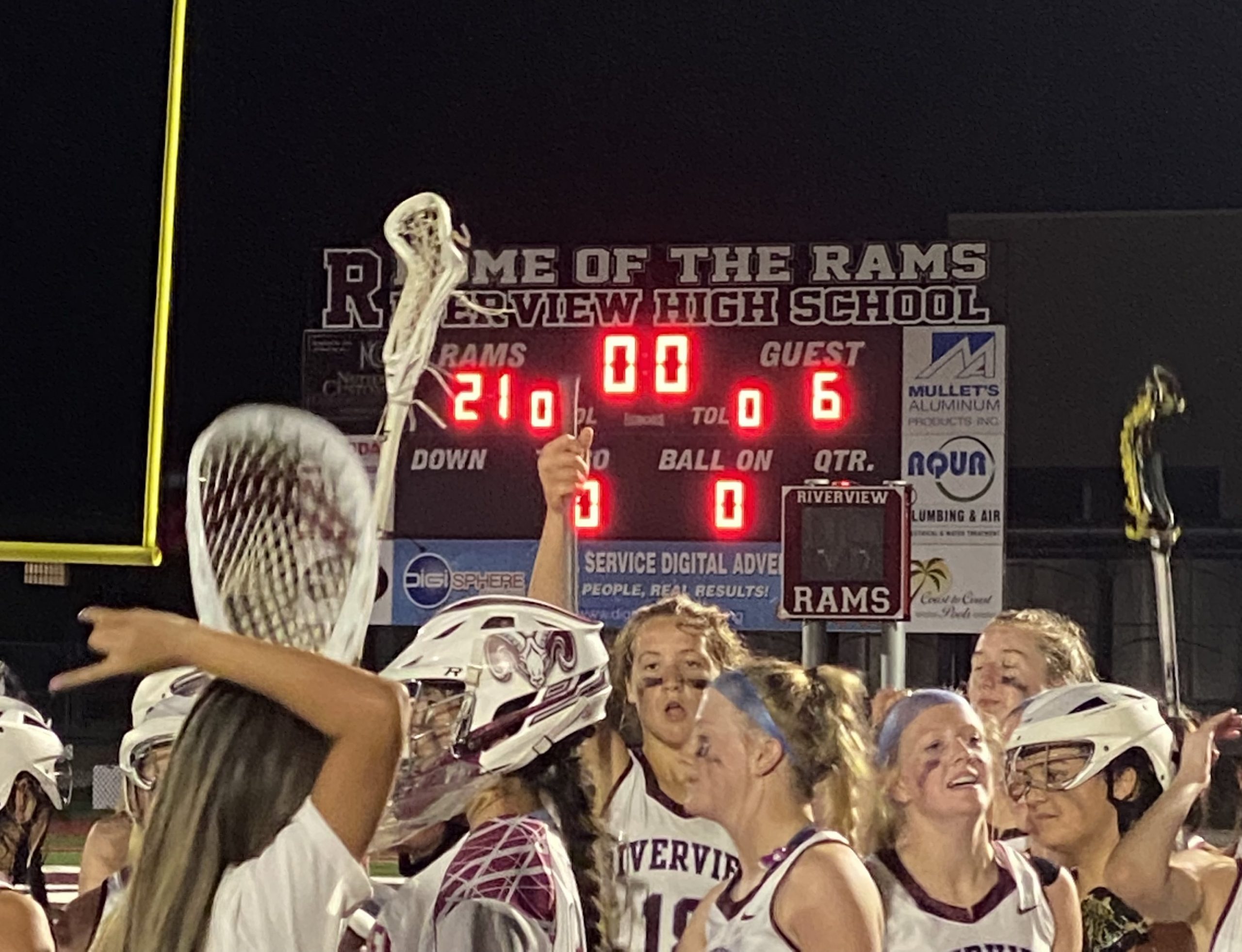