Sarasota, FL – This semi-final game of the 2017 District Playoffs between the Out-of-Door Academy Thunder and the Riverview Rams was the most exciting game of the evening.  During the regular season, the Rams defeated the Thunder in both games, 17-11 and 12-6, but in this game, it would take the Rams double-overtime to come away with their third victory, 11-10.  The Rams took a 10-6 lead into the third quarter, but the Thunder stormed back and tied it in the 4th quarter, forcing an overtime.  It wasn’t until there was only 1:08 left on the clock in the second overtime that Sophomore Peter Giannone was able to find Senior Cole Hautamaki open for the winning shot and score.  Rams goalie, Conor O’Neil had his best game of the season, with 20 saves, saving numerous point-blank shots in both overtime periods.  Senior Jesse Clark led all scorers with five points (5 Goals).  Spencer Brooks contribute two points (2 Goals), as well as Peter Giannone (1 Goal / 1 Assist).

The Rams will play the Cardinal Mooney Cougars on Thursday, April 6 for the District Championship. 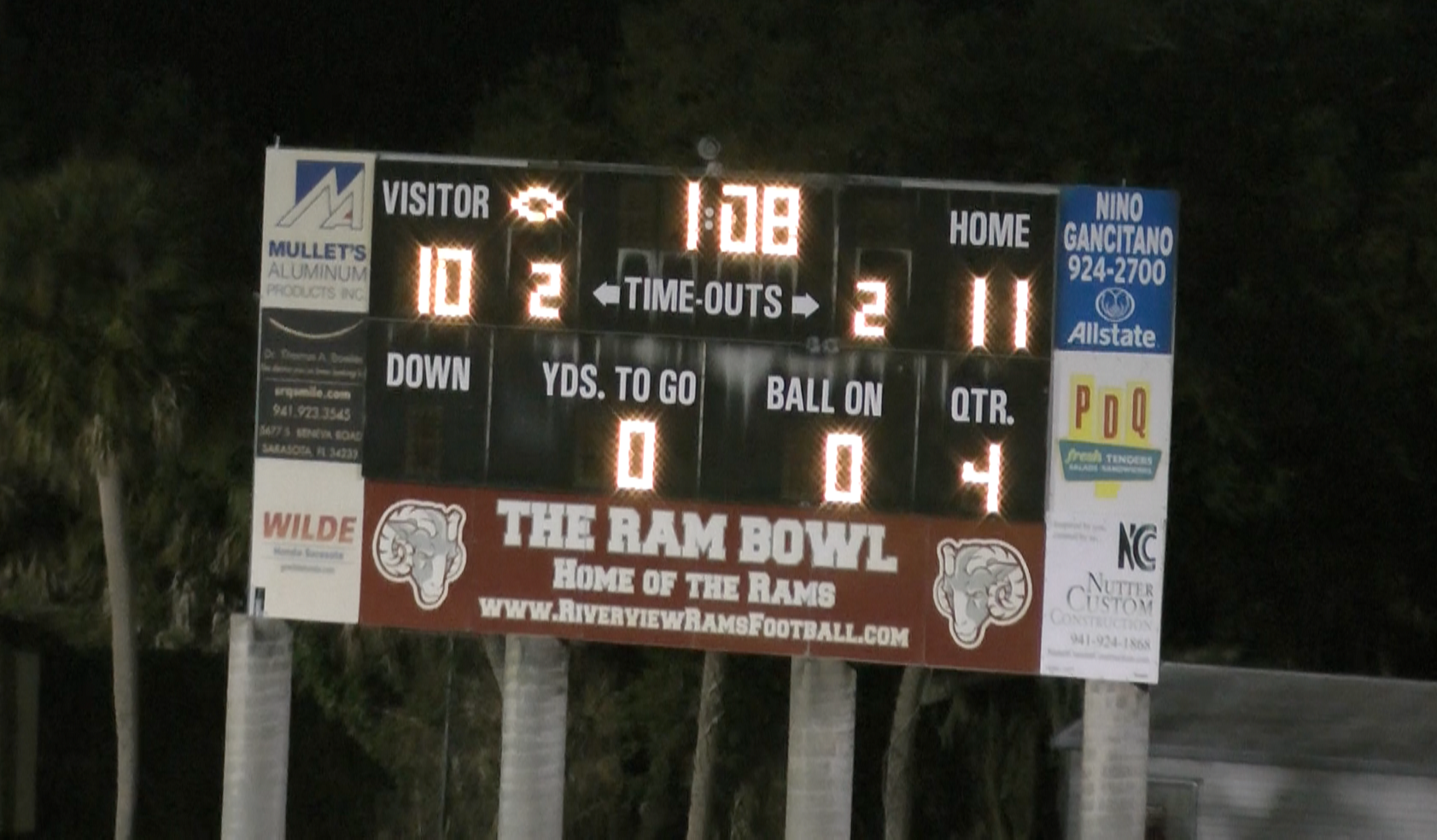