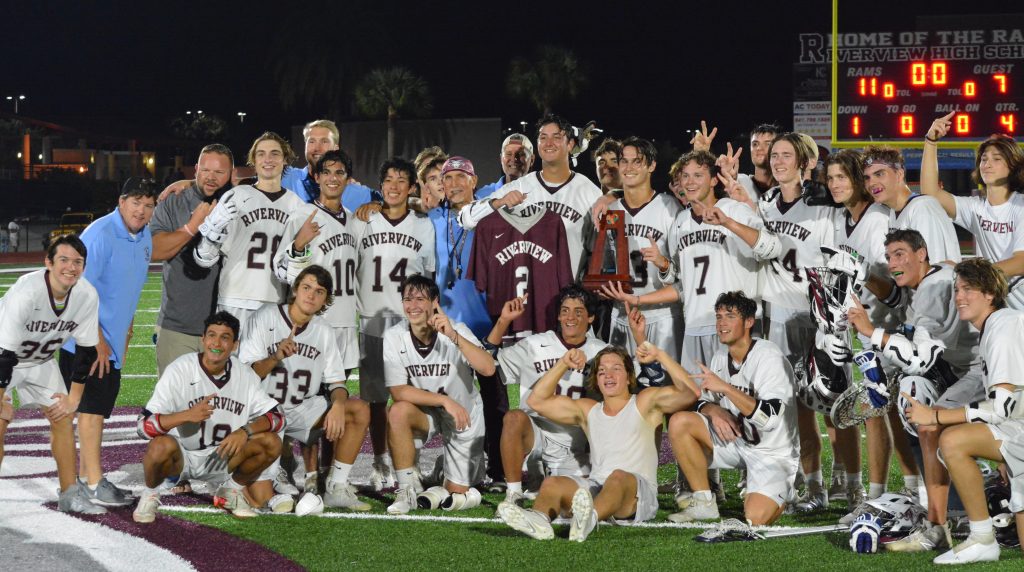 The Riverview Rams defeated the Gulf Coast Sharks at the Ram Bowl, 11-7, and we’re crowned District Champion.  The Rams will move on to the FHSAA State Tournament, which starts on Friday, April 23, and will host District 11’s Champion, Newsome Wolves at the Ram Bowl.  This was Riverview’s 2nd District Championship in program history, with their 1st Championship coming in 2017, against the Cardinal Mooney Cougars in overtime, 9-8.

The Rams scoring was led by Senior Sam Lehrman with 4 points (1G/3A).  Kevin Southerland, Will Evans and Andrew Dirocco had 2 goals, each. Senior Tyler Horiuchi had another solid night on defense, with 6 ground balls and 4 takeaways. Riverview’s Johnson had 13 saves in goal.

Gulf Coast scoring was led by Trace Davidson with 4 points (2G/2A). Austin Nichol scored 2 goals for the Sharks, as well. 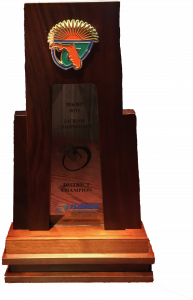